8 guests, · 4 Showers, · 4 Wash Basins
Brand New for 2019 - TELLSTAR is the latest Lagoon Seventy 7 offering the ultimate in luxury travel on the sea. The interior has a layout optimized for space and comfort. The salon is bright, comfortable and roomy and opens not only to the aft cockpit but also directly to the forward cockpit for seamless movement around the yacht. There is a massive flybridge affording an uncompromising 360* view. TELLSTAR has luxury accommodations for eight guests in a master stateroom with seating area. There are 3 additional queen cabins that are elegantly appointed. For additional flexibility, one cabin can be converted from a queen bed into 2 individual berths. Photos below are of actual yacht. Professional photo shoot to come. 2019 Award Winning Yacht & Crew: BVI Annual Charter Yacht Show - Best Yacht Overall

Captain Jack was born and raised in Maryland sailing the waters of the Chesapeake. He started sailing as a young boy with his father. He studied at the University of Maryland and served in the US Navy. Jack has a bachelor's degree from the University of Maryland and was trained in the Navy's Nuclear Power Program were he served on Submarines. After leaving the Navy, Jack worked as a Nuclear Engineering consultant for 14 years during which time he obtained a Master's in Business Administration from Johns Hopkins University. Jack built sea miles in the Navy, and doing deliveries and passages throughout his years in the corporate world. Finally, Jack decided to fulfill his lifelong dream of being a sea Captain and left the US. Jack sailed, single handed, across the Atlantic and has completed many other crossings and long distance deliveries. Jack has also skippered numerous recreational vessels, including day sail vessels, dive boats, as well as working on Tall Ships. Jack is passionate about being on the water, but even more passionate about sailing. He has spent the past 10 years in the Caribbean working in the private yacht industry, running day charters and Captaining term charter vessels with up to 10 guests. Jack is a qualified Dive Master. Jack has a contagious joy for life. If you are looking for a sailing vacation that is exactly what you will get with Jack as your Captain. You will see Jack’s face light up if asked to teach people how to sail.

Chef Sara Nelson
Chef Sara hails from the farmlands of North Dakota. Although her former years were spent on a landlocked farm, she spent the majority of her childhood summers at her family’s lake cabin in Northern Minnesota and fell completely in love with being on the water. Just 3 years ago she decided to turn her passion into reality and leave her career in sales to live an adventurous life at sea – trading in miles of pounding the pavement for miles of exploring the open ocean.

Sara has traveled all over Europe inspiring her new life as chef and first mate on many different yachts in Greece, Croatia, the Bahamas, and Italy (Sardinia & Corsica). Eventually she made her way to the beautiful crystal blue waters of the Virgin Islands. She’s so grateful for her travels and experiences around Europe, but is truly thrilled to call Tellstar and the Virgin Islands her new home.
Sara earned a Yacht Chef certificate from the Super Yacht Culinary Academy in Cape Town, South Africa. She loves cooking almost as much as she loves eating. Her farm roots inspire made from scratch recipes and her work ethic is demonstrated by her enthusiasm in the galley. She loves working with farmers on island to incorporate local produce as well as sourcing sustainably caught fish from local fisherman.


Steward Jacob Archibald
Growing up in northeastern United States on the southern coast of New Jersey, Jakes love and appreciation for the ocean developed from a very early age. Jake grew up surrounded by a family of sailors, divers and fisherman. In 2010 Jake’s family traded their life in New Jersey for the warm waters off the pacific coast of Costa Rica. The next few years of his life were spent traveling throughout Central America. Upon completing high school, Jake stumbled onto his first job in the yachting industry as Deck/Stew onboard luxury sailing catamarans. Jake has now been working aboard charter yachts for 3 years and it the ultimate crew member. He is friendly, charismatic and the guests are always his number one priority. He is a master mixologist, loves to take guests on snorkeling adventures and you will often find him at the helm driving the boat while Captain Jack runs around on deck! He really is a jack of all trades!

In May 2019 Jake spent a month in Gibraltar where he earned his RYA 200 ton Coastal Skippers license. Jake has aspirations to become a PADI Dive Master and one day he would like to work as a ships engineer. You can be rest assured that all your needs will be met with Jake looking out for you!

Stewardess Blake Hirschey
Blake is a native of Minneapolis, Minnesota. She grew up spending time cruising the many beautiful lakes and developing a respect for the outdoors. She graduated from the University of St. Thomas where she studied business and Spanish Language. With dreams of seeing a different part of the world, she moved to Spain to become an English Language teacher. In search of a summer job, she stumbled upon a position as a Hostess and Mate on a small sailing vessel in the Mediterranean. A position she enjoyed for 3 summer seasons and decided to turn into a career.

Blake is elated to now be joining the Tellstar team and to be sailing in the Virgin Islands. Her pleasant, “Minnesota Nice” demeanor and charming personality make her a wonderful Stewardess, ready to greet and care for guests. She loves to whip up cocktails, share wild travel stories, and will make you feel right at home! 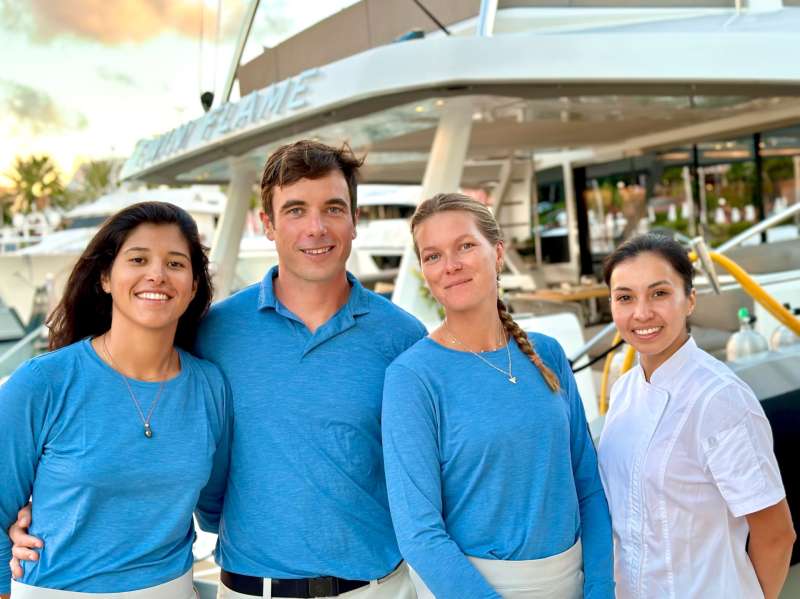 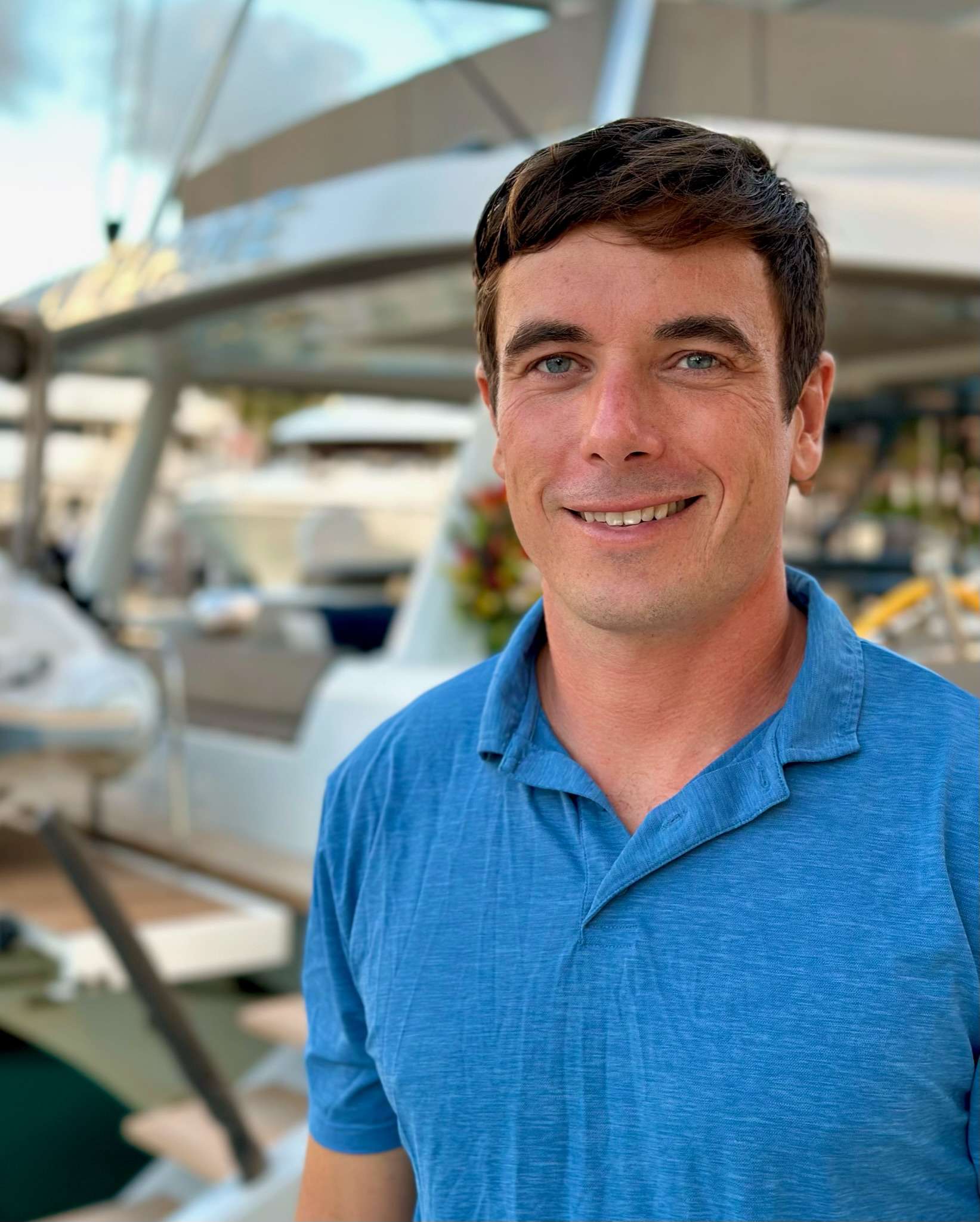 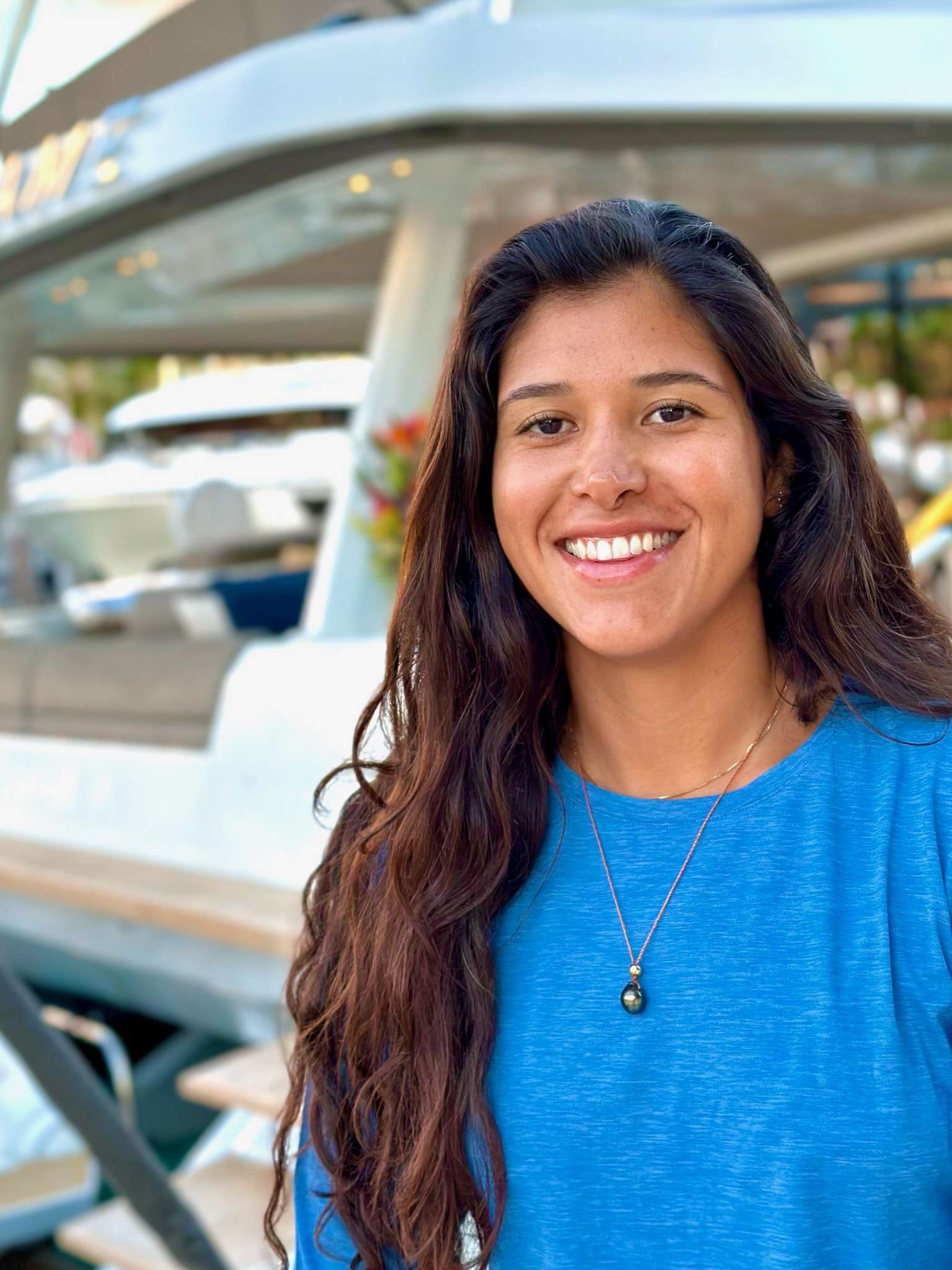 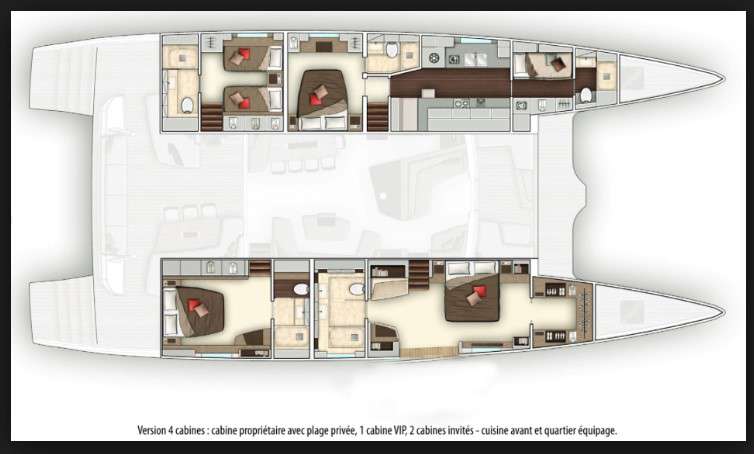