John Drugach- Captain
John is an exceptional captain who has worked on very successful charter yachts, M/Y PARTY GIRL 202' and M/Y OHANA 154' to name a few.
His love of the water began at an early age and he turned that passion into a career.He loves to travel and feels fortunate to be in a profession that it is part of his job! Yachting is about fun and adventure but the safety of his guests and yacht is his number one concern. He enjoys water skiing, motorcycles, golf and snow skiing. John looks forward to ensuring that while on board NEVER ENOUGH you will make memories to last a lifetime!

Steve Fekete – Chief Officer
Steve was born in Hungary. As a child he learned the basics of swimming and English in the best private kinder garden in the Country. He broke national records and was part of the National team, so he competed in European Championships. When he graduated from high school, he was offered a full sport scholarship to Clemson University in South Carolina. After his professional career in swimming he founded his own swimming club for kids which he enjoyed very much.
Steve got introduced to the yachting industry in 2011 and since then has gained professional experience on US Waters, Caribbean Sea, Mediterranean Sea and Indian Ocean on private and charter vessels ranging from 140’- 370’. He has overseen the exterior of some of the most well-known yachts in the World, but now puts all his experience onboard M/Y Never Enough. His priority is to make sure everyone is safe onboard and that the guests have the best time they can possibly imagine on a superyacht!

Judit Szabo – Chief Stewardess
Judit was born in Debrecen, the second largest city of Hungary. She graduated as an Employment Relations and Social Insurance Expert in University of Miskolc Faculty of Law. Health and sports always have been a big part of her life. She used to be a show-jumping (horse riding) competitor. She loves running, aerobic, swimming and going to the gym. She likes healthy cooking and baking. She is a hardworking individual with great attention to detail, and her aim to achieve over and above her own expectations at all times.
With a wide range of experiences in the hospitality and tourism industry from United Kingdom, her interest always moved towards the yachting industry. All the previous yachting knowledge she has gained over the years she now puts to use on M/Y Never Enough, as she oversees the interior onboard. She would like to make sure that the guests enjoy the highest service that they can have on a luxury yacht.

Dean Somers – Chief Engineer
Dean hails from the land of wood and water! He grew up in the beautiful port town of Port Antonio, Jamaica. During his high school and pre college years he was very active in athletics specifically the 100m, 200m and long jump events. Dean’s mechanical interest began at a young age while watching McGuyver with his father and doing small jobs on the property, this drove him into the arms of marine engineering where
he graduated from the Caribbean Maritime University. Dean loves music and dance. He also enjoys 3D animation but above all he enjoys playing in diesel. His enthusiasm to please people is a very good asset of M/Y Never Enough.


Chef- Patricia Clark
Chef Patricia Clark grew up traveling. Born into an Army family, she lived in 14 different cities before the age of 5. Her family settled in Massacusetts where she was exposed to her Grandmother's Italian cooking and her Father's side, and French cooking from her Mother's side. Chef Clark attended Le Cordon Bleu and trained in several regions of Italy including Sardegna, Tuscany and Umbria. She worked for many years in Los Angeles as a private chef and caterer to the stars where she honed her
farm-to-table style and customized nutrition service. She has worked in more than 16 countries and considers herself a life long student of ingredient driven intercontinental cuisine.


Deck hand - Camden Maycunich
He was born and raised in a small town in Arkansas called Mountain Home. Mountain Home was situated between two of the largest lakes in the area which allowed him to engage in boating from a young age. He is very interested in business, real estate and boating. His family moved from Chicago and started a printing company in the 60’s. He is very nice to everyone and try his best to get along with
everybody. His goal is having successful charters and happy guest on M/Y Never Enough.

Nicole is from Cleveland, Ohio. In an industrial city
with not much to do, her curiosity to travel began. She takes frequent trips to the Caribbean where she
enjoys all that the beaches have to offer. Being near the ocean inspired her to join the yachting community and ultimately joining onboard M/Y Never Enough.
She is looking forward to ensuring proper guest service with a cheery attitude as her main goal is to provide a memorable experience for all aboard Never Enough. 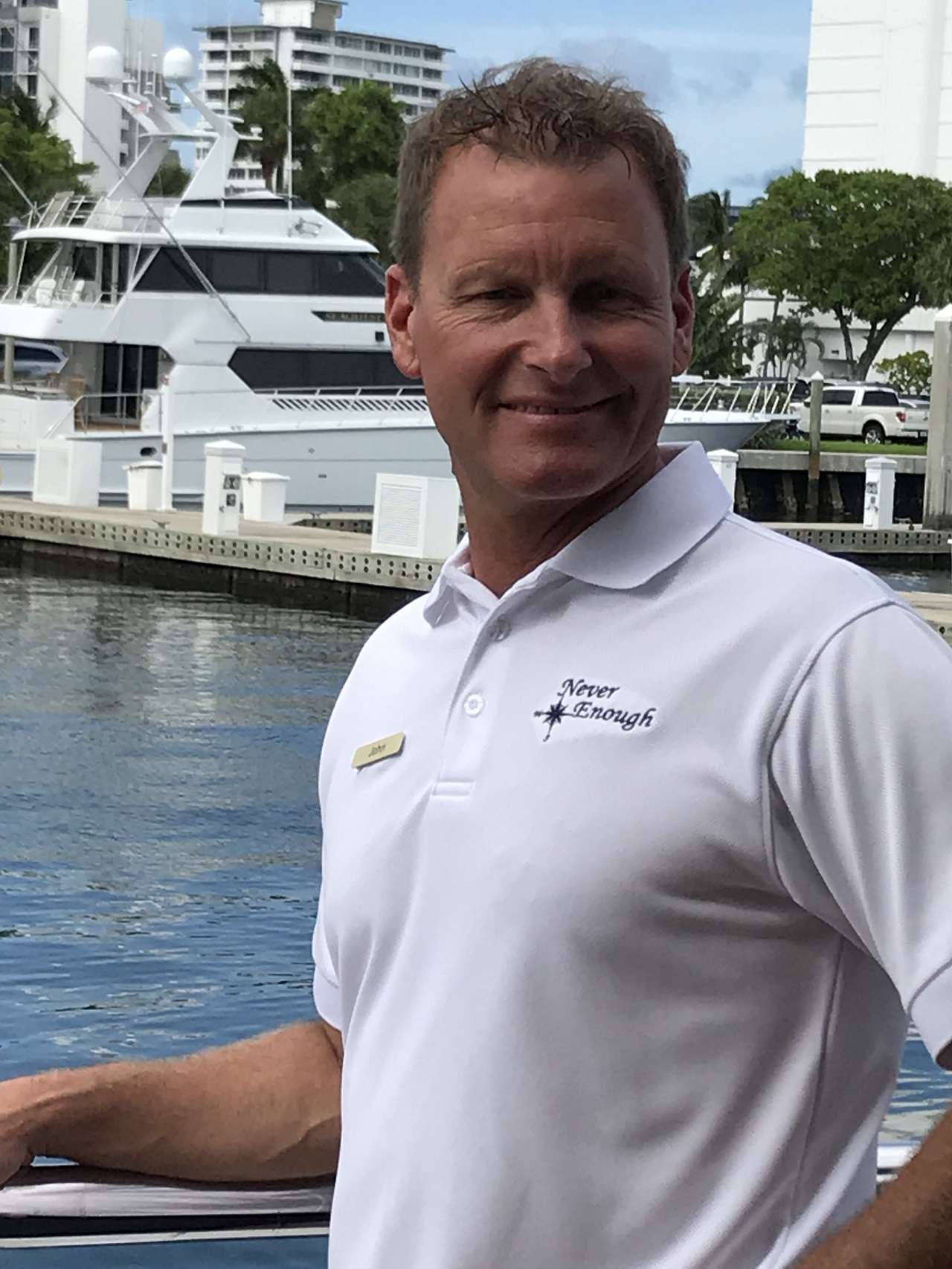 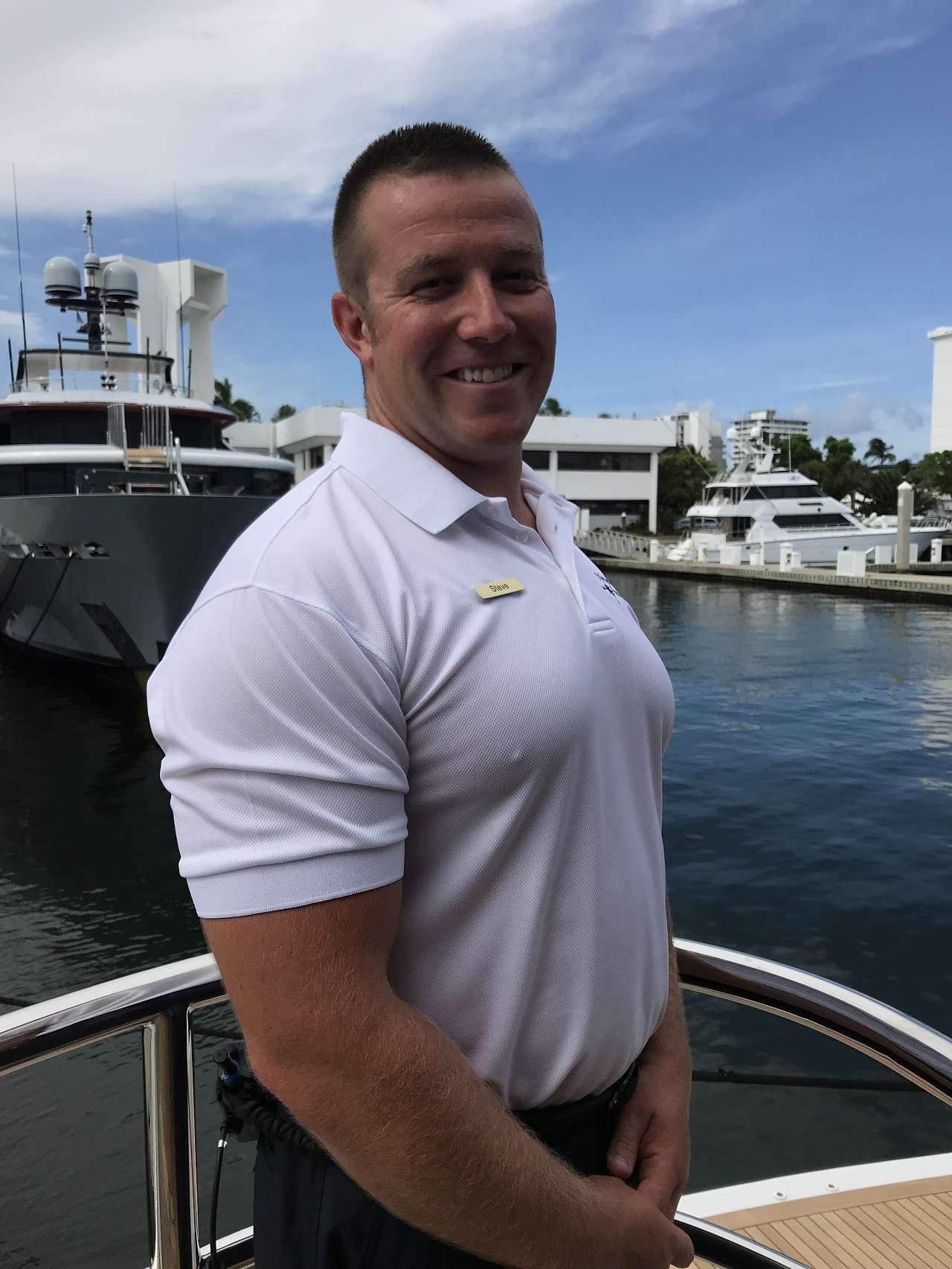 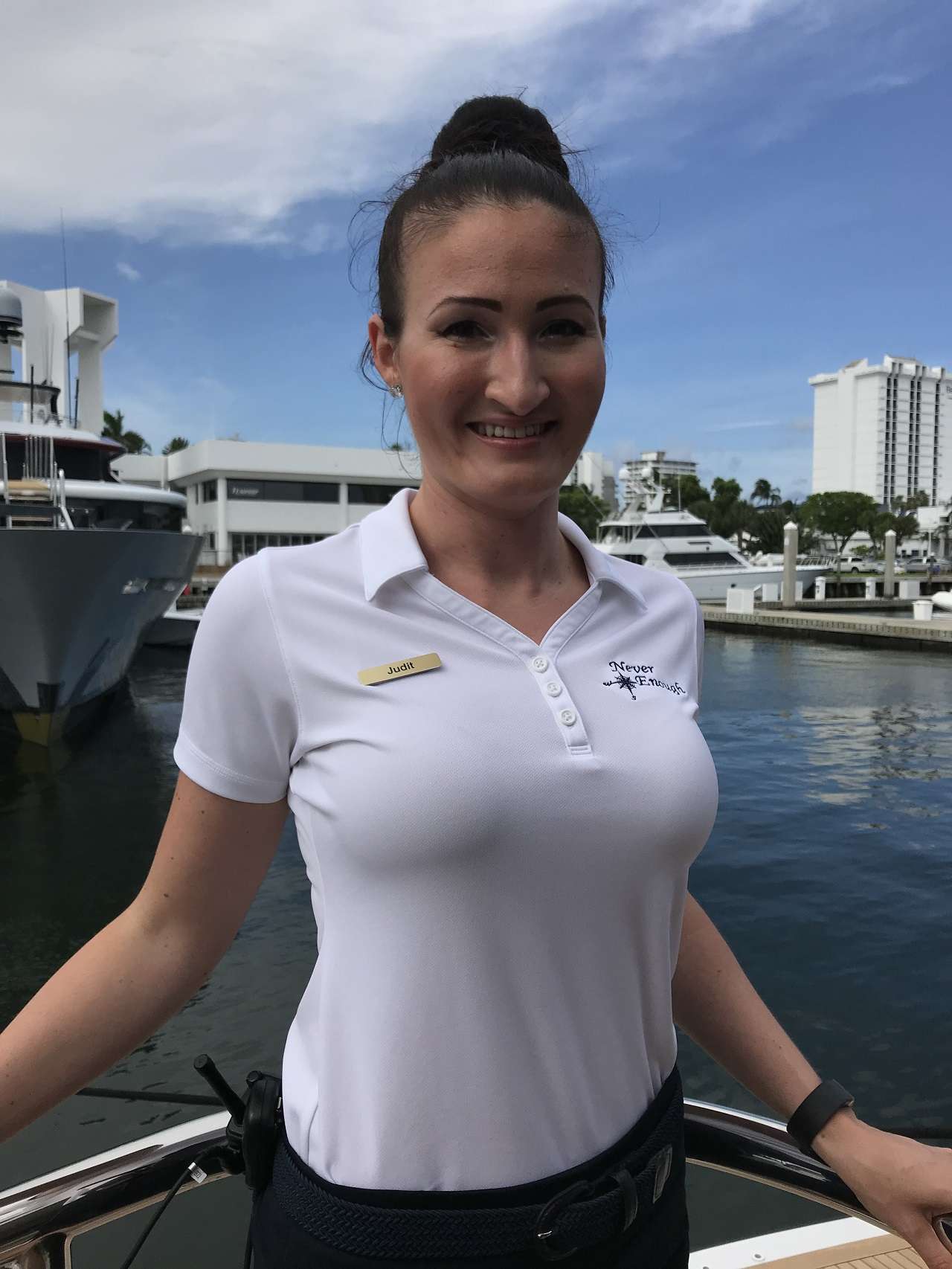 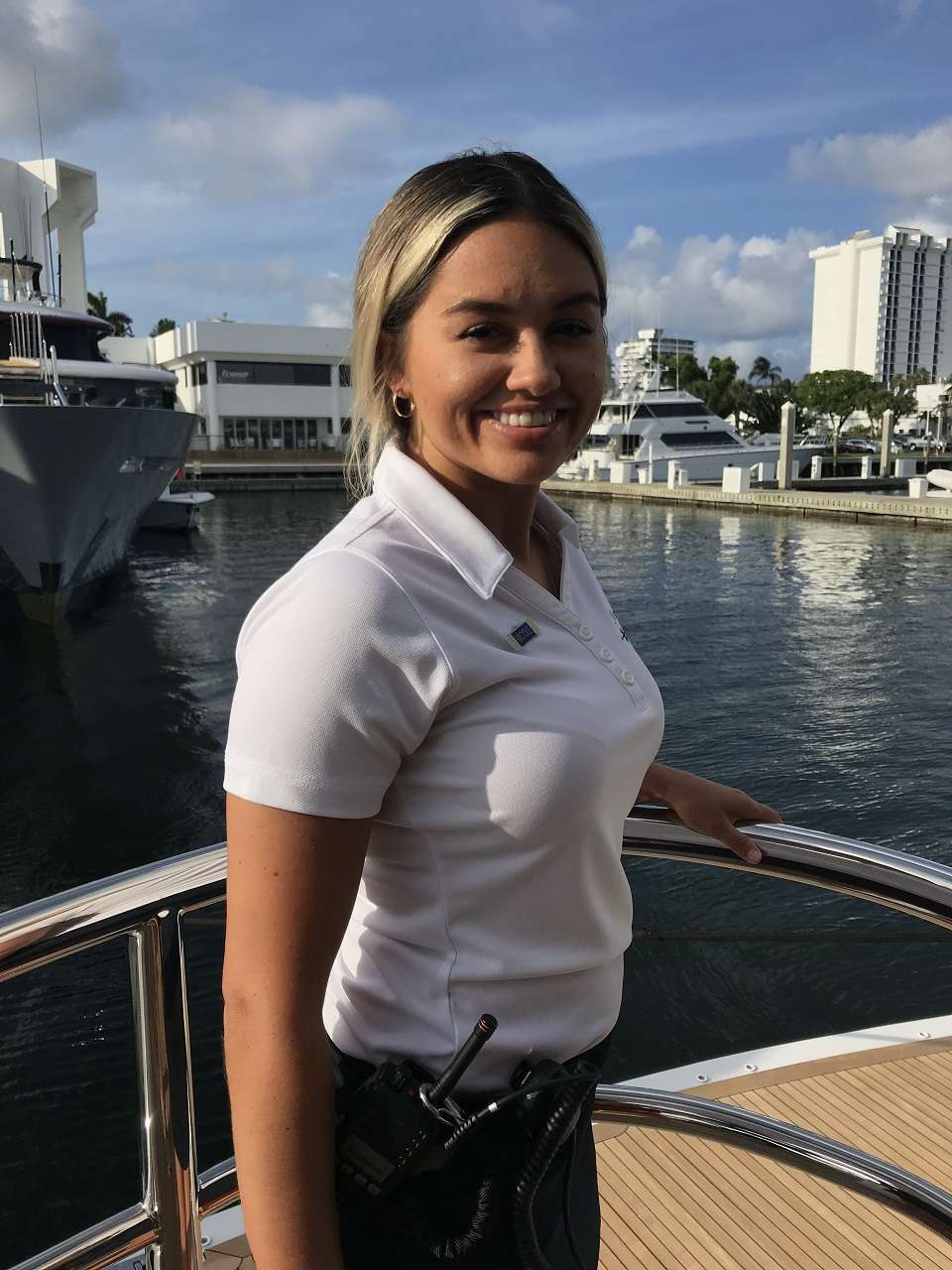 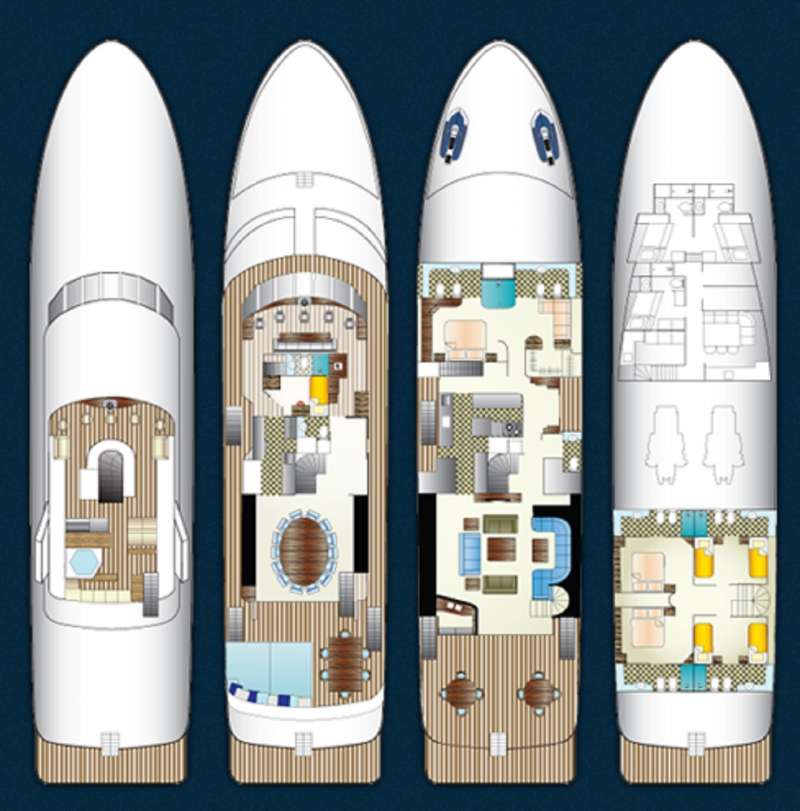