Captain: Jason Bacon | UK (Rotation)
Previous Yachts: M/Y SMERALDA (253ft) Dubai and Worldwide itinerary, M/Y ONE OFF (201ft), M/Y One More Toy (157ft)
Jason started his life on the water at the age of 5 racing small sailing dinghies. After racing for a number of years he taught these skills at the Olympic sailing school in Wales. At the school, he passed his Master of Yachts unlimited and with such credentials was able to join the Americas Cup Yacht, Stars & Stripes. With a passion for travel working on super yachts seemed a natural progression. Since then he has worked on multiple yachts and has 17 years of experience in the industry.
As a captain, he oversees every aspect of the yacht’s operations ensuring safety at all times and a comfortable cruising experience. He is adept at crew relations, continually maintaining a strong team environment to create the most memorable and service-oriented experience for the guests.
Hobbies include: Free diving, wake boarding, sailing and kayaking.

Shaun Falconer | South Africa (Rotation)
Shaun has been a professional mariner since 2010. He has sailed around the world on various vessels with a focus on remote expedition cruising areas. With an education from the University of Johannesburg, Shaun is qualified as a practicing attorney and holds degrees in economics and international tax. His education has assisted Shaun in navigating the legislative and regulatory aspects of yachting with ease providing for safe and efficient running of vessels in line with what is required by flag and port states.
Shaun is from South Africa and has strong family values. He takes pride in teaching and mentoring his crew to progress their careers in a professional and responsible manner. Sharing his knowledge and love for the ocean, Shaun always places the safety of the Vessel, crew and guests as paramount while providing a service that allows clients to create memorable moments.

Jason and Shaun would like to take this opportunity to welcome you aboard M/Y Far Niente and introduce you to the rest of the crew:

First Mate: Matthew Joubert | South African
Previous Yachts: M/Y Amanti, M/Y Rasa, M/Y Dona Lola
Matthew Joubert was born in Kimberly, South Africa and raised in the wine district of the Western Cape. He has been diving since I he was 12 years old and has always had a big passion for the ocean and the underwater world. He has worked in Mozambique as a Dive Instructor before deciding to join the yachting industry four years ago. He loves instructing and showing people how to enjoy all the fun things there are to do in and out of the water.
Hobbies: Sailing, hiking, spearfishing, and fitness

Deck Stew: Lindsay Semino | USA
Previous Yachts: M/V Aqua Cat, M/Y Vista Blue.
Lindsey was born and raised in Arizona. She previously worked as a trainer Jockey for a horse track but her love for the water convinced her to make a change into the maritime industry. She has been in the maritime industry ever since, 13 years now and counting. She gained much experience as a dockhand at a marina and from working at a boat & jet ski rental company. From there she decided to take her career further and worked onboard a dive boat while obtaining her captains license. With her passion of the ocean and determination to make every guest have a blast onboard, you are guaranteed to have a trip to remember onboard M/Y Far Niente!
Hobbies: Diving, kite surfing, wakeboarding, horseback riding, and traveling

Chef (Rotation): Halyna Koksharova | Ukraine/Argentina
Previous Yachts: MY Sol, MY Andiamo, MY MY +Elaldrea, SY Georgia.
Halyna speaks fluent Spanish, Portuguese, Russian, Ukrainian, Italian and English. Born in Ukraine and raised in Argentina, and lately residing in Brazil & Mexico, Halyna had a great chance to study and do Intership with well-known chefs as Paola Carosella and Jean-Paul Bondoux. Halyna lived for 9 years in Mexico, where she owed her small restaurant of Ukrainian food “Kalynka” and was holding several tv shows about life style and cuisine. Before joining the ocean industry Halyna was forming a part Rio Exclusive Luxury Concierge company in Brazil, where she was cooking for many celebrities during Carnaval seasons.
Traveling and living around the world in Europe, United States and Latin countries: Argentina, Brazil, Uruguay and Mexico was a great experience to pick up all flavors and tastes which combination is reflected in her food.

Chef (Rotation): Giovanni Bruno | Italy (Rotation)
Giovanni is from Mondovì small town in the middle of Piedmont Italy.
He has maintained a passion for food since young age of 16 at which point he began his 5 years worth of schooling to become a culinary trained Chef. He worked in both 5 star hotels and Michelin awarded restaurants before joining the yachting industry as Head Chef on some of the worlds grandest yachts. With now 9 years in the yachting industry, he has catered to VIP’s of many different nationalities and is able to satisfy the palate of all on board with a huge repertoire of delicious recipes and a variety of world cuisines. With a Strong knowledge of Mediterranean, Middle East and Asian cuisine plus the skills for intricate pastry and specialist breads, there’s no requests that shall go unanswered.
Hobbies: Diving, Fishing, and reading

Chief Stewardess: Mary Joubert | USA
Previous Yachts: M/Y Australis
Born in Savannah, Georgia and raised under moss draped live oaks of one of the southeast USA’s low country gems- an island called Isle of Hope, Mary was influenced from an early age by the beauty of the ocean and its intra-coastal waterways. The vast marshes that give way to fertile estuaries became the playground of her childhood and there wasn’t often a summer day that didn’t involve launching any vessel available to explore the neighboring uninhabited islands. The inevitable “mud bogging” episode and a mother being presented with a tattered T-shirt full of fish, ’crustaceans and other bottom feeders usually meant the day was finished. Convinced that the assurance of working outdoors was the chief criteria for furthering her education, Mary obtained a science degree in Biology and after university was employed by the International Riding Academy of Hilton Head, South Carolina. Oddly enough it was here that she was introduced to yachting, when one of her clients asked if she might be interested in a “change of scenery?” And a change it was, spending winter seasons in Asia or the Caribbean and summers in the Mediterranean, each port of call brought a heightened sense of excitement and adventure. Mary now divides her time and work between the Equestrian and Yachting industries. She just recently finished a period of traveling sub- Saharan Africa working in a number of the continent’s most popular horseback safaris. Her passion for conservation on land and sea is one that she enjoys sharing with guests and hopes to meet your every whim and desire where experiencing your pristine surroundings are concerned.
Hobbies: Diving, paddle boarding, fishing and she soon hopes to graduate from wake- boarding to Kite boarding.

2nd Stewardess: Danielle Acierno | USA
Previous Yachts: S/Y Knickerbocker, M/Y Mimi, and M/Y Eccentric
Danielle grew up on the south shore of Long Island, NY where she spent summers boating, crabbing and clamming on the Great South Bay. While attending Stony Brook University pursuing her degree in English, she began working at Sailors Haven Marina on Fire Island. It is there that she fell in love with the boating industry and knew that working in and around boats is where she belonged. She spent the next six years working at different marinas from Fire Island to Montauk. Upon graduating college Danielle spent a year traveling through Latin and South America. She spent six months teaching English as a Second Language in Costa Rica and had the privilege of traveling to Nicaragua, Panama, Peru and Bolivia. Her zest for travel and her prior boating experience made joining the yachting industry a perfect fit. Danielle joined the yachting industry in 2018 and has gained experience on both motor and sailing yachts. Her easy-going attitude combined with her passion for service will put you at ease and ensure you have a wonderful experience!
Hobbies: Reading, water-sports, Yoga, running & traveling.

Chief Engineer: Josh Proctor | USA
Previous Yachts: M/Y Rhino, M/Y Mia Elise, M/Y Exit Strategy
Josh grew up in Sarasota, Florida where he developed a passion for boating at an early age. He began sailing dinghies as soon as he could, joining the Opti national team at eleven and continuing to race and coach before his beginning his yachting career. Josh is an avid fisherman and also enjoys traveling, diving, spearfishing, and other watersports. From repairing and maintaining his own boats and a fleet of coach boats, he developed an interest in all things mechanical which led him to pursue engineering. He has been in the yachting industry for 8 years in a variety of engineering roles earning his Y4 license with the MCA in 2019.
Hobbies: Sailing, Fishing, Diving 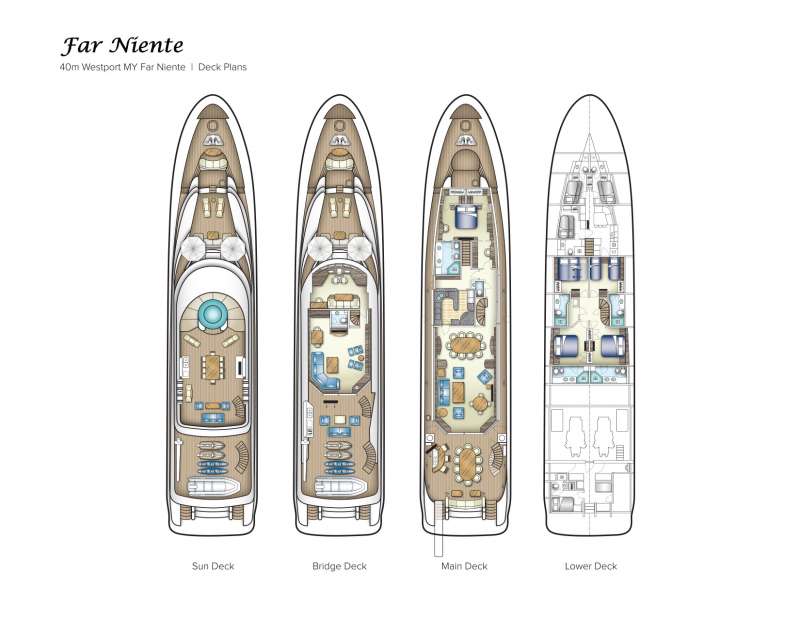